Dogs tend to have more than one breed in their blood, which begs the question of every puppy parent, “what breed is my dog?” There are several products on the market that allow you to send in a test to determine your dog’s breed. A simple swab on the inside of their cheeks will give scientists the sample they need to accurately determine the breed, much like a human DNA test to find ancestry information, these tests are virtually the same process.

Let’s take a look at three of the biggest brands that test dog DNA that is easily available for anyone to purchase. These reviews are ranked by ease of use, affordability, accuracy, data generated, and best overall performance in every category.

The main purpose for the Embark testing kit is to ensure the healthy aging of your best furry friend. Almost every breed has predisposed medical conditions that always rear their ugly heads, so staying out in front of them can avoid expensive vet bills and even fatal diseases and other medical problems. It all starts by knowing the exact percentage of breed your dog is so that they can know what the common conditions are, and they even have extensive research on mixed breeds and their common medical problems, which makes this test the most accurate and informational.

Over 200,000 genetic markers are tested with almost 100% accuracy to build the specific percentage of breed mix. Each individual chromosome builds the results. Veterinarian universities, hospitals, orthopedic foundations, research labs, and many other professional and scientific companies and groups trust Embark to deliver the most expansive results scientifically possible. The results are electronically uploaded to their website, so you can log in and view it at any time, and it will stay there as long as you have an account. On that account, they have what they call a ‘Vet Report’, which can be provided to your veterinarian, so they are aware of the data, and can treat your pup accordingly. The test covers the following:

This test is about 2.5x more expensive than most other tests, so not everyone can fork up the money for this expensive DNA test.

So far, we don’t have very good news to give out, until now. Everyone that has problems with other DNA testing companies have settled on this one being the best. Wisdom Panel is authentic, tests for 250 different breeds, unlike DNA My Dog, which only “tests” for 84. The simple test allows you to have your pup tested for MDR1, which is the ‘drug sensitivity screening’ that is associated with your dog’s DNA, so your vet can know how sensitive they are to medicine and could save their lives. The test is so accurate, it can go all the way back to your dog’s great-grandparents. The kit comes with paid shipping back to the lab, a cheek swab, container, and instructions. This company does not want a photo of your dog.

It’s a dog DNA test that actually works! It costs the same as DNA My Dog, but you actually get full results that is so helpful for puppy parents to have. You’ll get results in 2-3 weeks, but most people receive theirs in two weeks or less. The DNA test is an officially licensed process that has been tested and proven to work exactly as intended. The test uncovers information like the percentage of breeds your dog is, understanding their appearance, behaviors, common medical problems, temperament, exercise needs, job needs, training needs, and really any other information a person would find useful to know about their dog.

After researching several other kits, the price is competitive, but a bit too expensive, because of what you get for that price. Other tests, like Embark, give you so much more for the money, while this test gives you everything that every other mediocre test gives; the test just gives it with a very high accuracy, which makes it only slightly better than the others.

It has been around since the creation of the technology, when people found a need for it, and they have always charged a low price for the service. This test is a simple one. The DNA My Dog kit comes with a swab, a tube to protect the sample, instructions, and requires the user to send a photo of the dog for reference.

The company has a fast response time of just a week or two with results and even faster with questions or queries about results after the fact. It is an affordable service that most anyone can budget for. The test itself is very easy to take. Some people swear by the results, but there are quite a lot who don’t, so the results may vary. You may get perfect results.

Again, a lot of people are convinced that this company is nothing but a scam because of the bad results that are consistent among customers. Some people have even gone to great lengths to see if the results were accurate or not. One user swabbed a purebred German Shepard’s mouth and sent it in with a photo of another dog, which was a small terrier, and the results came back as the dog being a small terrier. So, these people are convinced that people just look at the photo that the company requires you to send in with the DNA sample and base made up numbers off of that. Honestly, the results speak for themselves. Every time the test was tricked, the photo was the one who won out, which tells us that no DNA test was even administered. This is the sort of DNA test that one should use caution with. The people that reported these bogus results have failed to get a re-test or their money back, regardless of multiple attempts.

There probably isn’t a product out there with more divisive results than this one. Half of the customers say it is great, and the other say it is a scam. When you look at the facts and the data of the results, each time the test was tricked, the results were very false, and was biased towards the photo. The ones who say the process works sent in a real photo of the dog they intend to have tested, so it is plausible that this company simply looks at the photos of the dogs instead of doing a real DNA test. If you do decide to try it, just use caution, and ask questions about their process, and make a fully informed, well thought out decision, in hopes that you don’t get burned.

Final Verdict: DNA My Dog vs Wisdom Panel vs Embark

These tests are the most popular among dog DNA tests on the market, but there is only one clear winner. Although, one person may have a lot more luck with one compared to another. It is, however, safe to say that the chances of success with Embark is going to be much higher than with DNA My Dog, but at the end of the day, it all depends on what you want, your budget, and what you expect the results to be.

Our goal is to be your one stop resource to keep your furry friends happy and healthy by providing you with the latest news on dog gear, training tools and food. 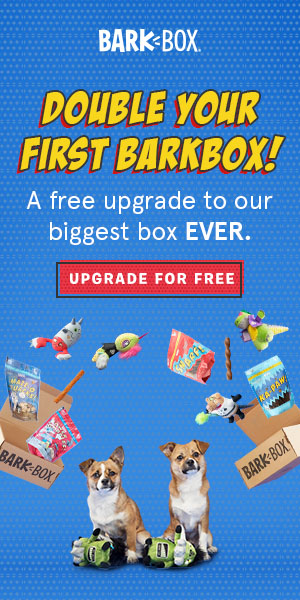